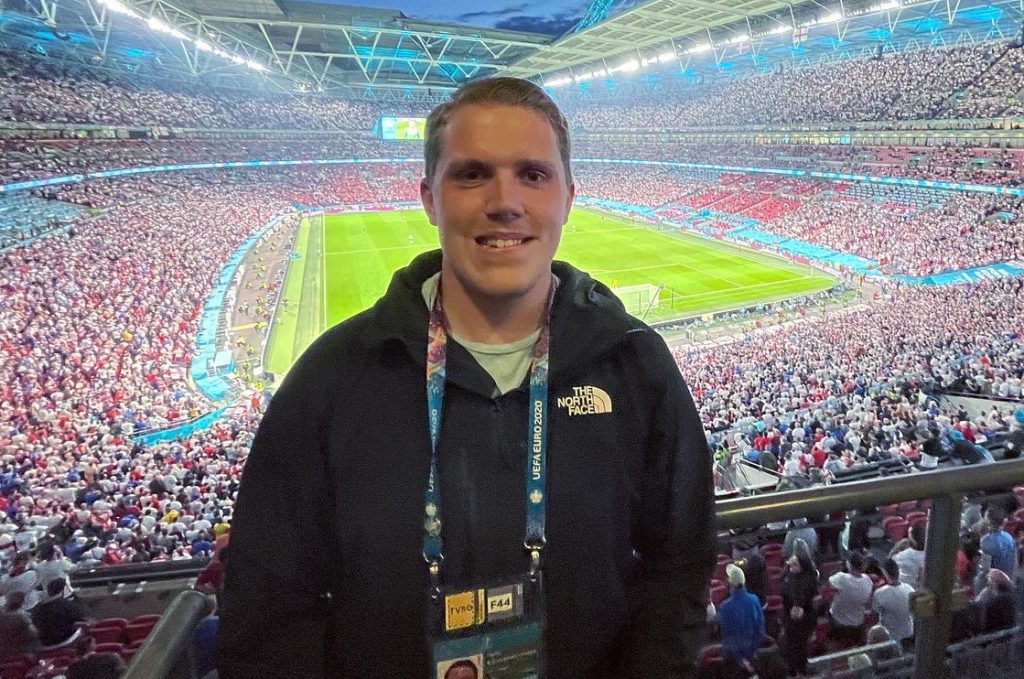 Rob Taylor is a Senior Camera Journalist for BBC News.

Based in London and part of the UK Operations team, he covers news stories in the UK, Europe and around the world.

Rob’s filming and editing work generally ends up on the Six and Ten O’clock News TV bulletins broadcast in the UK, and BBC World News, which broadcasts globally, as well as the BBC News website and social media.

Rob started making films from age 13, whilst still at school, originally filming on a mobile phone and publishing on YouTube. He eventually started his own video production company at 16, filming music and corporate videos. At 18 he began freelancing in TV as a runner and worked for companies such as ITV, Thames Television and BBC Studios.

Post-sixth form, instead of taking the more traditional route of going to university for a degree education, he managed to get a place on the BBC’s Production Apprenticeship scheme in 2016, as a News Camera Apprentice.

Lasting a year, Rob was placed in Newsgathering Operations (now UK Operations), which provides the technical staff for BBC News’ network output.  During his time as an apprentice, which was 80% training on the job and 20% studying at college, he assisted on filming news coverage throughout the year, notably: the Westminster and London Bridge terror attacks, the French Elections in Paris, the Wimbledon tennis championships, the Grenfell Tower fire and the UK General Election.

After a year’s training, Rob managed to secure a 6-month position as a shoot/edit at BBC North West in late 2017, based in Manchester. After his spell there, Rob was successful in gaining a permanent Camera Journalist position at BBC News UK Operations in London, where he’d originally trained as an apprentice.

Rob has remained in the department since the start of 2018, and in late 2019 became a Senior Camera Journalist. He continues to work on stories of UK and global significance, across multiple beats, shooting and editing films for a multi-platform audience.

He was featured on the Forbes 30 Under 30 List in 2020 and in 2021 a BBC Three documentary he filmed “Being Black at Cambridge” received a nomination for a Royal Television Society Digital Award.

Most recently, Rob was attached to the BBC’s Health team, working with Medical Editor Fergus Walsh on coverage of the coronavirus pandemic.